Following a year of increased regulatory scrutiny across the globe, the gaming industry will continue to face stricter rules and regulations around responsible gambling in 2020, according to Trevor De Giorgio, judge of the GamblingCompliance Global Regulatory Awards.

De Giorgio, Chief Legal Officer at Greentube, said that “increased compliance, due diligence and affordability measures in order to protect players from excessive spend, addiction and self-harm” are the biggest challenges currently facing the sector.

He said: “It is my strong belief that a number of regulated jurisdictions will follow suit with stricter regulations, as we have seen in the UK and Sweden. Operators’ biggest challenge is keeping at the forefront of third-party solutions, which comes with increased costs not previously planned within budgetary restrictions.” 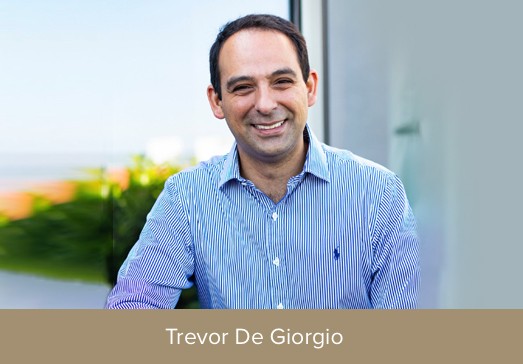 De Giorgio said that to further aid evolution in the sector, operators should increase its investment and development of in-house automated solutions.

Traditionally, the onus has been on operators to ensure that responsible gaming measures are in place and that rules are adhered to, but De Giorgio said suppliers are now engaging more.

He said: “Fuelled by a change in regulatory approach as well as actual changes in legislation we are seeing suppliers taking a more active role, especially when it comes to game design and I believe they will become even more involved going forward. This is vital and essential as game suppliers lead the way when it comes to designing and implementing safety measures for all games they provide. It’s also interesting to note that some suppliers are taking it upon themselves to innovate in this sector via the use of new technology such as AI, hence I believe we will be seeing more interesting developments in the near future.”

Across Europe, the industry is currently facing negative media attention, especially in the UK where topics such as advertising, the use of credit cards and maximum stakes have regularly featured in the press, resulting in increased regulatory scrutiny.

In the 2019 UK general election, a review of the current gambling legislation was in the manifesto of all major parties and further restrictions are likely to be introduced as the regulator responds to public concerns.

De Giorgio said: “I believe that in 2020 we shall see a review process commence which will lead to changes within the sector, most probably more restrictive measures being put in place from an advertising point of view and also the introduction of a credit card ban (as of the 14th of April) and discussions on maximum stakes and prizes. It will definitely not be getting any easier in the months to come.”

An open and honest conversation between the industry and regulators is key to ensure that any action taken is reasonable and evidence-based but finding a balance will never be easy to achieve due to the stakeholders’ different scopes, according to De Giorgio. He added: “I believe that if we put the player and product innovation at the centre of the table then we can start to find that balance which is required. However, this also requires that the industry and the regulators are not seen as being on opposite ends but rather as partners in ensuring that the sector grows in a compliant and responsible manner whilst ensuring that the margins for operators are there to support the continued operations. Because after all, said operations also lead to employment and growth for the people working in the sector.”

Greentube has over the last few years increased its focus on responsible gaming and the company now offers all its partners tools to control time and spending levels, as well as a live alerting system that flags suspicious behaviour in real-time and enables the supplier to interact with players. Greentube has also been awarded Global Gambling Guidance Group (G4) certification, the world’s strictest international player protection standard.

At the GamblingCompliance Global Regulatory Awards 2019, De Giorgio claimed the prestigious title as Chief Compliance Officer of the Year. Talking about the achievement, he said: “The award is a recognition of all the hard work and effort put in by the entire legal and compliance team at Greentube.”

A team which is based in a number of jurisdictions and made up of many different nationalities and culture – however the one culture which unites us is the compliance culture which exists within the entire Greentube group. The award itself can be seen as a seal of quality on the work which we as a compliance team conduct day in day out.”

Trevor De Giorgio is one of 13 industry executives that will judge the VIXIO GamblingCompliance Global Regulatory Awards 2020, where 18 accolades will be awarded to teams and individuals working in compliance and responsible gambling.