Retailers on both sides of the Atlantic have asked competition regulators to investigate Visa’s acquisition of financial data aggregator Plaid, arguing that the deal will allow the cards giant to encroach into a sector that is supposed to inject competition into retail payments.

Both the National Retail Federation (NRF) in the United States and the British Retail Consortium (BRC) made submissions to competition watchdogs in their respective jurisdictions over the last month calling for scrutiny of the deal, according to correspondence seen by VIXIO PaymentsCompliance.

Visa snapped up Plaid, which helps fintechs access their users’ bank accounts and initiate payments from them using API software, for $5.3bn in January this year.

As it facilitates payments directly from bank accounts, Plaid and other aggregators could allow retailers to accept non-cash payments on a large scale and side-step the merchant service fees charged by card networks and banks.

Retailers are wary that deep-pocketed card schemes could seek to neuter the sector’s potential threat to card transaction revenue. 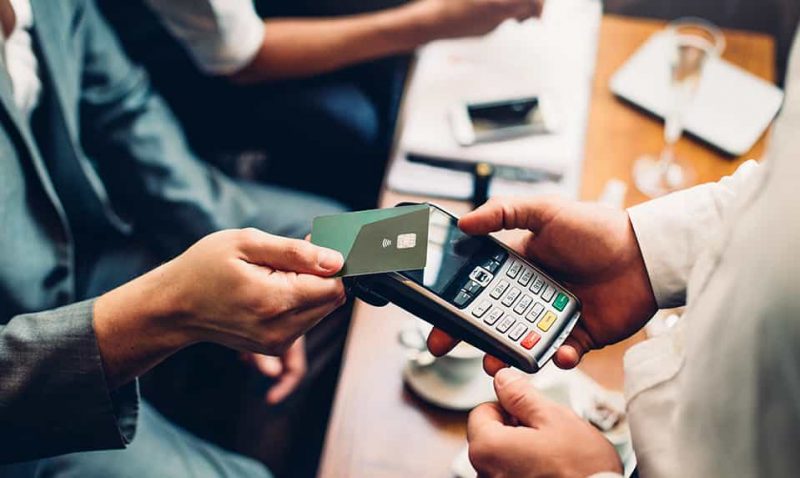 The NRF described the deal as “a particularly troubling attempt by Visa to impose a stranglehold on US payments of the future” in a March 2 letter to the Department of Justice’s antitrust division head, assistant attorney general Makan Delrahim.

“If users could simply pay directly from their bank account, including from their phones, the credit card intermediary is no longer needed,” the federation said in a letter signed by Stephanie Martz, its general counsel.

“However, once owned by Visa, Plaid is unlikely to disintermediate Visa from parts of the payments market that it has dominated for many years,” the letter continued.

“Visa’s new subsidiary would also give it insight into the behaviour of a number of other fintech companies … suddenly those companies’ product offerings and market success will be visible to their most powerful incumbent rival.”

The NRF, which says it is the world’s largest retail association, conceded that payment initiation solutions “have not penetrated the market in any significant way to date” but said “they demonstrate that the technology is there to make payments far more cost-efficient”.

Visa announced the purchase of Plaid on January 13, subject to regulatory approval. Deals that are subject to the pre-merger notification requirement wait up to 30 days before the Justice Department or Federal Trade Commission either clears the purchase or asks the parties to disclose more information.

It is not known whether such a request has been made. Visa did not respond to request for comment.

“Visa’s acquisition of Plaid is a paradigm example of a ‘killer acquisition’ — namely, where a potential rival to a large digital platform is removed or absorbed by a strategy of targeted acquisition,”

Plaid connects popular applications such as Venmo and Robinhood in the United States, and is also active and expanding in Europe and the UK.

The EU’s revised Payment Services Directive (PSD2) and the UK’s Open Banking initiative were specifically designed to prise consumer payments from the grip of high-street banks and the global card schemes.

In a separate submission, the BRC called on the Competition and Markets Authority (CMA), the UK’s competition regulator, to “ensure full regulatory scrutiny” of the merger.

The group said it “is concerned that the merger of Visa and Plaid will lead to the loss of an important new competitor in the UK payments market and therefore calls on the CMA to scrutinise the proposed transaction” using its powers to investigate mergers.

The deal “will enable Visa to extend its market dominance from card-based payments into the nascent open banking-enabled payments market, specifically intended by policy-makers to act as a competitive constraint on Visa”, said the letter, signed by BRC payments policy advisor Andrew Cregan.

“Visa’s acquisition of Plaid is a paradigm example of a ‘killer acquisition’ — namely, where a potential rival to a large digital platform is removed or absorbed by a strategy of targeted acquisition,” the letter said.

Since going public, Visa and Mastercard have snapped up a slew of payment services minnows and partnered with a host of others, a strategy that has recently skewed towards emerging markets such as open banking and buy now, pay later.

Although not having raised a concern formally, it is understood EuroCommerce, a pan-European retailers association, has written to DG COMP asking if it is aware of the deal and whether it plans to investigate.

Such entreaties may find a receptive audience in Brussels, where officials have repeatedly said they are looking for ways to dilute the market power of international payment providers.

For more insights like these, take a trial to access the gambling industry's leading business intelligence tool.