With a stunted legal gambling market that remains limited to traditional lottery draws and horse racing, Brazil has long held a reputation within the global gaming industry as a sleeping giant that has occasionally stirred but never fully awoken from a slumber caused by a 1940s-era prohibition.

The situation is poised to change and change quickly in 2022 however, with the year shaping up to be a truly transformative one for the Brazilian market.

Here’s a guide to what VIXIO GamblingCompliance’s team of analysts will be watching for on the country’s three-front march towards a fully regulated gambling market offering a range of opportunities for operators and suppliers from all corners of the gaming industry.

A 2018 federal law recognised fixed-odds betting as a lawful lottery activity and granted Brazil’s Ministry of Economy a window of four years to establish a competitive market for both online and land-based sports betting through a licensing or concession system.

The clock is now ticking before that statutory deadline expires in December 2022. The start of the FIFA World Cup a few weeks earlier offers arguably an even bigger incentive for officials to mobilise and put some kind of licensing regime in place by the time the Brazilian Selacção kicks off in Qatar.

Brazil-watchers are expecting to soon see a presidential decree establishing the basic tenets of the regulated market, but with various further regulations still to be set out from there to outline key qualification and operational criteria, among other things. According to VIXIO GamblingCompliance’s recently updated Latin American Online Data Dashboard, assuming a late 2022 launch, Brazil’s regulated sports wagering market could be worth almost US$1.6bn by 2026, potentially making it one of top five largest in the world. 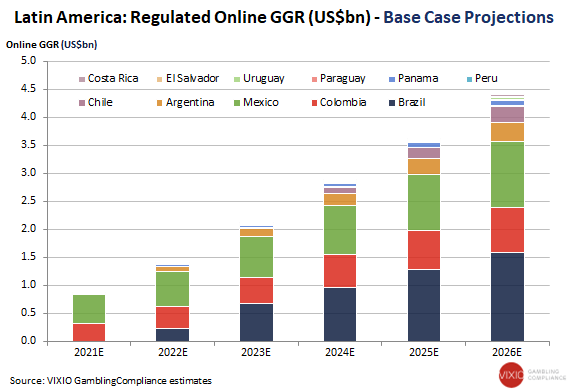 While a sports betting law has already been approved, Brazil’s Congress is also considering much broader legislation that would legalise most other forms of gambling across the country.

In an historic vote on February 23, Brazil’s Chamber of Deputies passed a bill authorising up to 31 land-based casino-resorts across the country’s 27 states, with additional casino licenses available for gaming resorts in specific tourist regions, as well as for riverboats and seafaring cruise ships.

That would make Brazil likely the most attractive new market for casino development anywhere in the world, with ample room for major integrated-resorts like those of Las Vegas and Macau in metropolises such as São Paulo and Rio de Janeiro, alongside a series of mid-sized and boutique casinos in other parts of the country.

As noted in VIXIO’s Latin America Online Outlook report, published this month, Bill 442/1991 would also legalise online casino gaming under the authority of the Ministry of Economy, significantly expanding the potential of a regulated Brazilian online market versus one limited exclusively to sports betting.

Perhaps most striking about the pending bill, however, are its provisions to re-establish a legal bingo market in Brazil following a brief and unsuccessful period of regulation in the 1990s and early 2000s.

While the legislation would in theory allow for almost 6,000 bingo halls, even if the bingo market ultimately accommodates just one-tenth of that number that would still allow for some 240,000 lawful video-bingo machines and provide a unique opportunity for gaming equipment manufacturers.

Legal observers have noted various problematic provisions with the more granular details of Bill 442/1991, while to become law, the measure will also need to be approved by Brazil’s Senate where its prospects will inevitably be clouded by October’s general elections. Incumbent President Jair Bolsonaro has also stated that he would veto any gambling bill, although Congress would still be able to override him and by the time a bill does clear Congress there is more than a reasonable chance that Bolsonaro will no longer be in office in any case.

Another wild-card factor that could add extra urgency to the legislation is a pending Supreme Federal Court decision in which justices will rule upon a case emanating from a lower court in the state of Rio Grande do Sul implying that Brazilian legal prohibitions on gambling are unconstitutional, and therefore impossible to enforce. The case was initially scheduled to be decided in April 2021 but is now scheduled for a potentially pivotal ruling on April 7, 2022.

Beyond sports betting and the sweeping bill in the Senate, there is a third front for gambling expansion: the rollout of state and municipal lotteries.

In a September 2020 judgement, the Supreme Court dismissed the Brazilian federal government’s claim to a national monopoly over all lottery games, freeing the country’s 27 states and nearly 5,800 municipalities to institute approved lottery games as a public service.

More than 20 states are already in the process of creating or expanding their lotteries, including through concession processes to contract private companies to operate traditional and online lottery games, including sports betting. The state of São Paulo, undeniably the crown jewel in any Brazilian state lottery market, is in the throes of its concession process and is aiming to sign a lottery contract within the coming months.

With so many balls in play, exactly how Brazil’s gambling market will look by the end of 2022 is no sure bet.

Still, participants from across the gambling industry should be gathering the right intelligence now and developing a strategy to capitalise on future regulatory changes so they are able to hit the ground running as the sleeping giant awakens to what promises to be a lucrative but complicated market. For, as the famous Brazilian composer Antônio Carlos Jobim once said, Brazil is not for beginners. 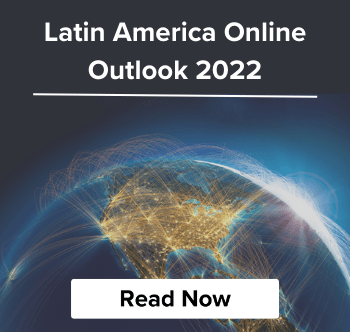 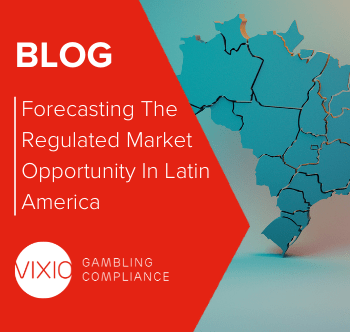 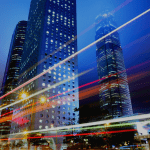