In 2020, VIXIO GamblingCompliance launched its enforcement tracker, a consolidated platform that tracks enforcement actions undertaken against licensed or unlicensed gambling operators across the globe. The enforcement actions tracked include record fines, licence suspensions, arrests made in connection with gambling and criminal penalties. We also flag if a jurisdiction starts blocklisting unlicensed operators or applies a form of payment blocking measures for the first time.

Using the data collected during the year so far we created an enforcement heat map highlighting jurisdictions that have been active in this area, along with an overview of some of the key enforcement actions taken by regulators over the course of 2020. In addition to enforcement targeted against unlicensed gambling, breaches of money laundering requirements, player protection measures and advertising restrictions, breaches of pandemic-related measures also attracted sanctions in 2020.

Australia: In Australia, enforcement focused on breaches against public health orders and player protection. The New South Wales regulator issued multiple fines for breaches of public health orders and social distancing measures. The NSW authority issued additional fines for breaches of player protection measures and advertising restrictions. One of the highest fines of A$200,000 was issued to a gaming machine operator, Dee Why RSL Club in Sydney, where the treatment of a VIP member at the club was found to be a contributing factor in their suicide. The NSW authority issued another significant fine of A$207,500 to Ladbrokes and its subsidiary Neds for advertising a sign-up deposit bonus on TV and social media. The bonus was considered an inducement to gamble.

UK: In the UK, enforcement actions were focused on breaches of social responsibility requirements and failings related to money laundering.

The sanctions applied included licence suspensions, fines and combinations of both. The highest fine issued so far in 2020, a £13m fine for systemic failings related to money laundering, social responsibility and customer interaction, was handed to Caesars Entertainment UK Ltd. Meanwhile, online gambling operator Betway was ordered to pay a penalty package totalling £11.6m for a series of AML and social responsibility failings.

The UK Gambling Commission has also warned operators that they will be subject to regulatory action should they fail to manage their third-party websites. The warning follows a £600,000 fine issued to FSB Technology (UK) for failing to ensure its third-party websites have effective money laundering and social responsibility policies and procedures in place.

Sweden: In shared first place with the UK Gambling Commission, one of the most active regulators in Europe when it comes to enforcement was the Swedish Gambling Authority. The authority issued penalties for a range of regulatory breaches — the highest fine so far in 2020 was issued to Spooniker, a Kindred subsidiary, which received a financial penalty of SEK100,000,000 (approx. £8.8m) for offering unauthorised bonuses, as well as games not covered by its Swedish licence. A penalty of SEK20,000,000 (approx. £1.8m) was issued to Betsson Nordic Ltd for offering games through agents that should have been registered with the regulator as representatives and for offering unauthorised benefits through Betsson Mastercard. A SEK2.5m (approx. £220,000) fine was issued to Bethard Group for organising sports betting on two football matches in which the majority of players were under the age of 18. However, the company has subsequently appealed the fine and received a lower penalty of SEK400,000 (approximately £35,000).

US: In 2020, several high profile gambling cases concluded. On August 31, 2020, a federal district court judge in Washington granted preliminary approval to a class-action lawsuit settlement against Big Fish Games, which offers social casino games such as slots, blackjack and roulette that use virtual chips. A former player argued in court that the use of virtual chips violated Washington state law governing online gambling because the chips used in its free-to-play game Big Fish Casino represented “something of value.” In addition to paying $155m, Big Fish must establish a voluntary self-exclusion policy that will allow players to exclude themselves from further game play, and make available resources related to video game behaviour disorders. Preliminary approval was also granted in a similar settlement with Playtika and Caesars Interactive Entertainment LLC.

On September 30, 2020, the U.S. Department of Justice announced it had reached a settlement deal with Costa Rica-based sportsbook 5D Holdings Ltd (operating under the unincorporated brand name “5Dimes”). The company agreed to forfeit more than $46.8m in gambling proceeds as part of a settlement agreement in a criminal investigation into 5Dimes’ sports-betting operation that allowed U.S. gamblers to place bets in violation of U.S. law.

Meanwhile, court proceedings against Pokerstars co-founder Isai Scheinberg concluded on September 23, 2020. U.S. District Judge Lewis Kaplan sentenced Scheinberg to time served for his role at the centre of the Black Friday online poker crackdown of April 2011. However, the sentence did not exceed the 26 days that Scheinberg already served. 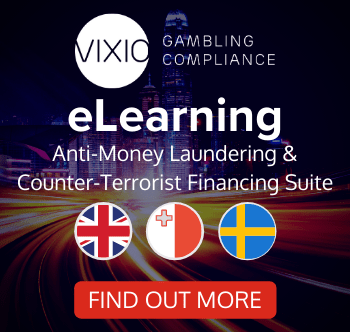 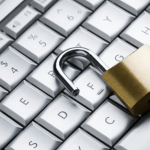 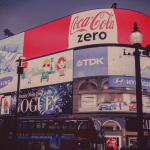 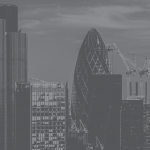 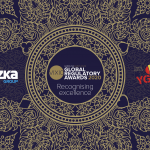