China has announced a new hardline response to Hong Kong’s instability with an upgrade of the Chinese Communist Party’s (CCP) working group for Hong Kong and Macau, confirming security minister Zhao Kezhi as its deputy convenor.

On Wednesday, the eve of the 31st anniversary of the Tiananmen Square Massacre, Chinese state media made its first reference to the CCP’s Central Leadership Group for Hong Kong and Macau Affairs, which met in Beijing with Hong Kong Chief Executive Carrie Lam.

The reports showed the working group has been upgraded from a “coordination group”. It was originally formed in 2003 in response to a failed attempt in Hong Kong to legislate national security provisions amid protests.

The ramifications for Hong Kong and Macau could be profound.

After years of protests in Hong Kong and Beijing’s exercising of a certain distance through its Liaison Offices in the two cities, Zhao’s appointment suggests that security and punitive matters will be a top priority in Hong Kong and Macau affairs.

The announcement came a day before Hong Kong’s Legislative Council passed a law banning ridicule or modification of the Chinese national anthem and punishing offenders with up to three years in jail. Pro-democracy legislators boycotted the vote.

A much more comprehensive national security law is on the horizon, with the National People’s Congress passing a resolution on May 28 to amend the Basic Law of Hong Kong to criminalise speech and other actions offensive to Beijing, as well as allowing mainland Chinese security agents to operate on Hong Kong soil.

Zhao’s appointment to the leadership group suggests the Ministry of Public Security is expanding its role in Hong Kong’s governance and that Zhao — and by extension Xi Jinping — will be heavily involved in the drafting of the law.

“The security organs will use ‘protection of the national security’ to turn Hong Kong into a mainland city,” he said. “Security [forces] have clearly already made their way into Hong Kong, and now Hong Kong’s own police force will be completely changed into a mainland-style organ.”

The development suggests that growing tensions between China and the United States are coalescing into rigid policies and are unlikely to recede, given that US Secretary of State Mike Pompeo on May 27 gave the green light to a likely US downgrade of Hong Kong’s trading status.

The tensions only add to the woes of Macau’s US casino operators, which are burning millions of dollars a day because of pandemic-linked travel restrictions.

Beijing’s accelerating injection of the security apparatus into the governance of its two special administrative regions points to mounting political risks for US operators, including politicisation of the Macau judiciary, ahead of the issuance of new casino concessions in 2022.

Jorge Menezes, a Macau-based lawyer with experience in the Macau administration and gaming law, said on Thursday that Macau’s Court of Final Appeal in September 2019 and on May 29 this year backed police bans on a protest against police brutality in Hong Kong and a Tiananmen Square Massacre vigil, respectively.

In variously citing a breach of Hong Kong law and COVID-19 risk in the decision, the court showed that Macau has forfeited its judicial independence on national security matters and allowed police to act outside the law, he wrote in the Hong Kong Free Press.

“The 2019 judgment did not only blatantly violate the right of assembly. It disregarded the rule of law, which requires that the law be above politics and be truthfully and consistently applied,” Menezes wrote.

“That judgment heralded the first day of the rest of Macau’s life.

“This is the context in which last Friday’s judgment should be read, and the reason it came as no surprise. With all its unavoidable flaws, we can trust Macau courts on mainstream matters of justice. But on constitutional matters with a political tone, justice risks losing relevance.” 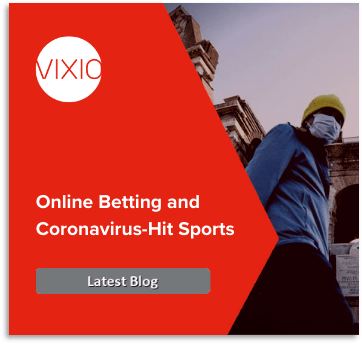