Any operators hoping to apply for approval during the current licensing window will need to wait at least 33 months since they last broke Dutch rules, by targeting players in the Netherlands, or face immediate rejection.

But the issue is clouded with uncertainty, as the Netherlands Gambling Authority (KSA) is not issuing guidelines on what constitutes a violation, which would trigger the cooling-off period.

The issue could give government-owned Holland Casino, and operators that have not been fined, such as 888 Holdings, an early advantage.

In recent years, Bet-at-Home, William Hill and its Mr Green subsidiary, Entain’s bwin, LeoVegas, 1XBet, Casumo, The Stars Group’s PokerStars, now owned by Flutter Entertainment, and Kindred Group have all been fined hundreds of thousands of euros by the Dutch regulator.

But a KSA spokesman said the date when a company was fined, or whether it was fined, is “not relevant”.

“Violations for which no fines have been imposed are just as relevant,” said spokesman Rob Edens. “The KSA does not tell companies whether they have to wait. This is their own responsibility. Applications which come in too soon will be turned down.”

The agency does not know how many companies are delaying filing an application with intentions to apply in the future, he said.

But it is clear that many are.

Betsson, for example, has said it cannot apply for a licence until February.

“If this put us in bad situations or not is yet to be seen, but it is more or less the same situation for the bigger international operators that have plans to apply for a licence, since most of them are hit by the cooling-off rules,” Betsson chief financial officer Martin Öhman told VIXIO GamblingCompliance.

A Bet-at-Home spokesman said the company is assessing when it will be eligible to apply under the “cooling-off” criteria. It has yet to apply, he said.

An Entain spokesman said the company expects to be applying for a licence in the fourth quarter, but has not set a date yet.

A Kindred spokeswoman said the company did not want to comment “until we have more clarity”.

In contrast, Holland Casino and Nederlandse Loterij, the national lottery, never previously offered online gambling and are eligible to launch on October 1 if granted a licence.

Peter-Paul de Goeij, director of the Netherlands Online Gambling Association, said the news that the KSA is offering no guidance is not a surprise. The trade group has known for some time that it is up to companies to keep track of when they stopped active marketing.

“That’s when the clock starts ticking,” he said.

The KSA has outlined prioritization criteria which say that companies offering dot.nl websites or using Dutch language or distinctly Dutch symbols such as windmills or wooden shoes will be targeted for enforcement.

Legal experts have suggested that operating passively, doing no overt marketing, is a way to avoid being punished, de Goeij said.

But the KSA has always said that online gambling is without any doubt illegal, just that those violating the criteria about Dutch language or symbols are a higher priority for enforcement, he said.

Those who are awaiting a chance to apply should be able to continue to operate in that passive fashion until they are eligible to apply, he said.

On April 19, the KSA said it had received 28 licensing applications, less than the 35 it had previously expected.

Some licences may come with conditions, or may not launch until specific flaws are corrected, according to chairman Rene Jansen.

Get access to more world-class regulatory intelligence across multiple global jurisdictions. Contact our team of experts today to find out how VIXIO can support your business goals. 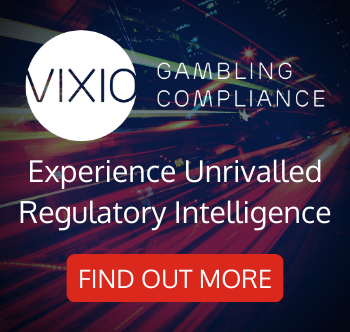 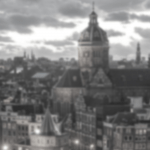