German states have agreed to allow tolerance of some kinds of online casino gambling if operators adopt the stringent requirements planned for Summer 2021 early.

The agreement would give operators that can comply with the tight restrictions in time for an October 15 deadline some assurance they will not be prosecuted and therefore barred from applying for a licence next year, according to lawyers following the process.

The guidelines will allow online poker and online slots, with the restrictions outlined in the planned state treaty set to take effect in July 2021. Limits include €1 stakes, no jackpots, no autoplay and average five-second spin times.

The October 15 deadline will probably will also require operators to impose the €1,000 monthly deposit limits planned for next July, an lawyer said.

The guidelines will not allow online casino games such as blackjack, roulette or baccarat, as they have been reserved for a separate category under state-by-state regulation.

The agreement amongst German states came after a lone hold-out, the small region of Saarland, agreed to the proposal, launched in July by four states — North Rhine-Westphalia, Bavaria, Hamburg and Berlin.

Operators that do not comply with the new interstate treaty rules from mid-October risk prosecution, the possible loss of any sports-betting licence and hamstring their chances of getting a licence in the future, according to Joerg Hofmann of Melchers law firm.

He was speaking Wednesday at a Gaming in Germany event as part of the SBC Summit Barcelona—Digital, which continues until Friday.

The transition agreement is not legalisation, more a waiving of enforcement and a promise that enforcement will focus on those operators that do not comply, Hofmann said.

GVC Group said it would like to see the details of the arrangement, but in general it is happy the agreement provides much-needed clarity, said Martin Lycka, director of regulatory affairs.

“We have been very busily working to make sure we will be able to comply with the tolerance policy on Day 1,” he said.

More comprehensive guidelines are expected shortly, but are unlikely to contain the detail companies might hope for and there is as yet no central regulator, Hofmann said.

“Nobody is there to guide you through the regulatory process,” he said.

News the agreement had been signed was first reported by Sueddeutsche Zeitung and Northern German Broadcasting.

Online casino is currently banned in Germany outside Schleswig-Holstein, but will be allowed in restricted format from July 2021.

Right now, online casino advertising is only allowed to the extent it is directed at Schleswig-Holstein residents. That ban is not affected by the toleration agreement, Hofmann said.

Payment providers should have more confidence processing transactions for online casino operators that have met the criteria from October, Lycka and Hofmann agreed. Last year, Paypal stopped processing online casino in Germany due to its legal status.

There is “no absolute certainty” payment processing will improve, but smoother transactions should be one of the main benefits of complying, Lycka said.

Interim sports betting licensing intended to be in place until the July 2021 treaty implementation has been held up in court.

That treaty is a “first step to modernisation”, but contains unwelcome elements such as a requirement for three national databases, on deposit limits, activities and self-exclusion lists, said Bastian Scholz, an adviser to the German Sports Betting Association (DSWV).

However, the interstate agreement has not yet been fully approved and despite reason to believe the treaty will pass, ratification is not a sure thing, although only 13 of 16 states need to sign, he said.

One state with a questionable vote is Saxony-Anhalt, which is where the new central regulator will be based, so its approval is vital, Scholz said.

The online gambling industry is hoping to see some of the toughest requirements of the planned treaty relaxed.

“There will be some room to have a discussion on interpretation,” Lycka said. 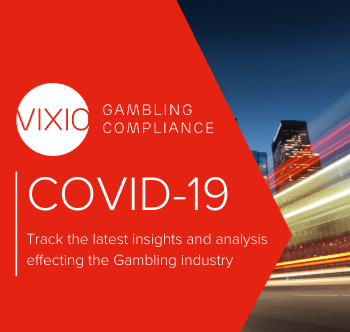