The latest high-profile UK gambling report tackles the controversial topic of affordability of gambling habits, drawing fire from a gambling industry trade group that otherwise says it is comfortable with its proposals.

That recommendation accompanies a string of proposals, such as a maximum £5 limit on online slots and provisions to provide tax incentives for offshore operators to relocate to the UK.

The call to assess affordability based on disposable income drew fire from the Betting and Gaming Council (BGC), which otherwise said the group’s report was a “thoughtful study” that acknowledged a decade’s worth of stable problem gambling rates.

The BGC called a £100 monthly, or £23 weekly, net deposit limit an “arbitrary and random low cap on spending”, adding that it could “think of no other area of the economy where the government determines how much an individual can spend”.

It claimed that the cap would drive players to “unregulated, offshore illegal black-market operators who don’t have the same checks, interventions and high standards”.

One gambling lawyer suggested that there is a lack of detail on what an “enhanced affordability check” means.

“Will open source information be used, or will customers need to send the ombudsman documentary proof of income?” said Melanie Ellis of Northridge Law. “This makes it difficult for operators to assess the full impact of such a measure.”

A previous study from the All-Party Parliamentary Group For Gambling Harm merely suggested that deposit limits “should be informed by affordability checks” and that “gauging affordability cannot be left to gambling operators, given the majority of their revenue comes from people who are losing more than they can afford”.

But the Social Market Foundation report, written by policy advisor James Noyes, suggests that affordability could be assessed by a “third-party data depository” under the direction of a gambling ombudsman, which would also have a mission to settle customer disputes.

That third party would work with the Financial Conduct Authority to access enhanced data and with the Information Commissioner’s Office to protect privacy, along with credit reporting agencies and banks, the report suggests.

Credit agencies themselves are not adequate to assess affordability, as they often work for the gambling operators, according to the study.

Such data should be held across operators, not just within one gambling website, the report said.

In Germany, the draft gambling treaty includes provisions for a central database that would track €1,000 monthly limits across multiple operators and ensure that they only play one game at once.

That provision has drawn criticism for its technical challenges and potential to violate privacy rules.

Noyes’ report adds to a growing list of UK inquiries in the run-up to a planned reform of the 2005 Gambling Act, with reports issued so far by the House of Lords Select Committee, the National Audit Office, the Public Accounts Committee and the All-Party Parliamentary Group for Gambling Related Harm.

Still to come is review and analysis of gambling-related harms evidence by Public Health England, delivery of which has been delayed by COVID-19 complications.

Get started with VIXIO GamblingCompliance

UK Affiliates Push Back Against Idea Of Licensing 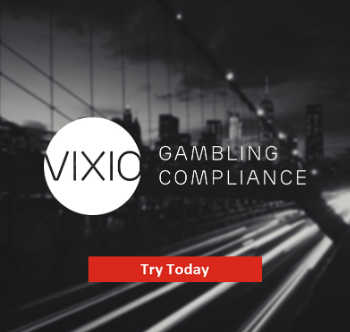 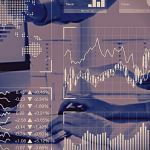